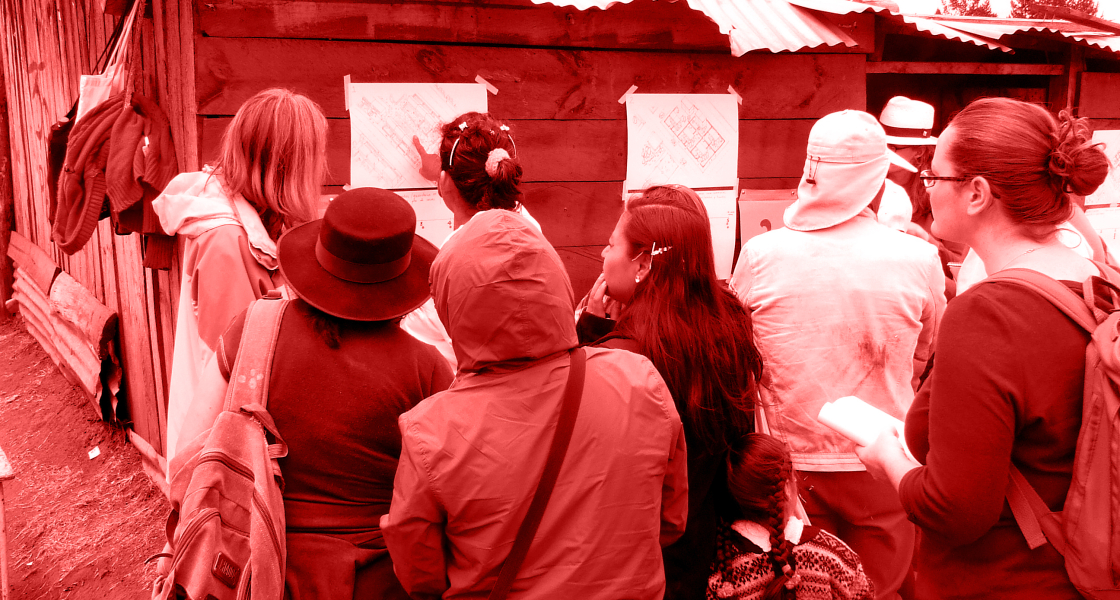 This exercise is aimed at bringing the dwelling and community scales together in the form of neighbourhood scenarios to be reviewed by participants. Facilitators produce a series of neighbourhood scenarios based on information gathered from both the dwelling and community scale exercises. The scenarios must be created as suggestions of different implications such as private/public space, density, multi-storied living, communal versus independent living, community facilities etc. at a neighbourhood scale.  When introducing the options facilitators highlight issues such as relationships between groups of houses, possibilities to create more open areas for communal public space or farmland.

Step 1: Produce a series of neighbourhood scenarios based on information gathered from both the dwelling and community scale exercises.

Step 3: Go through each scenario to evluate the positive and negative aspects of each illustrated option.

Step 4: Ask each participant to rate each scenario between 1 to 5, 5 being their absolute favourite.

Notes for facilitators: There is a lack of flexibility of the drawings limiting participants to only rating the scenarios provided. People often like elements of each type. Be aware that as an open voting process, members might be influenced by other people’s choices.
If possible, it could be useful to build small blocks to use to build up a model to enable participants to adapt the neighbourhood scenarios to suit their preferences.